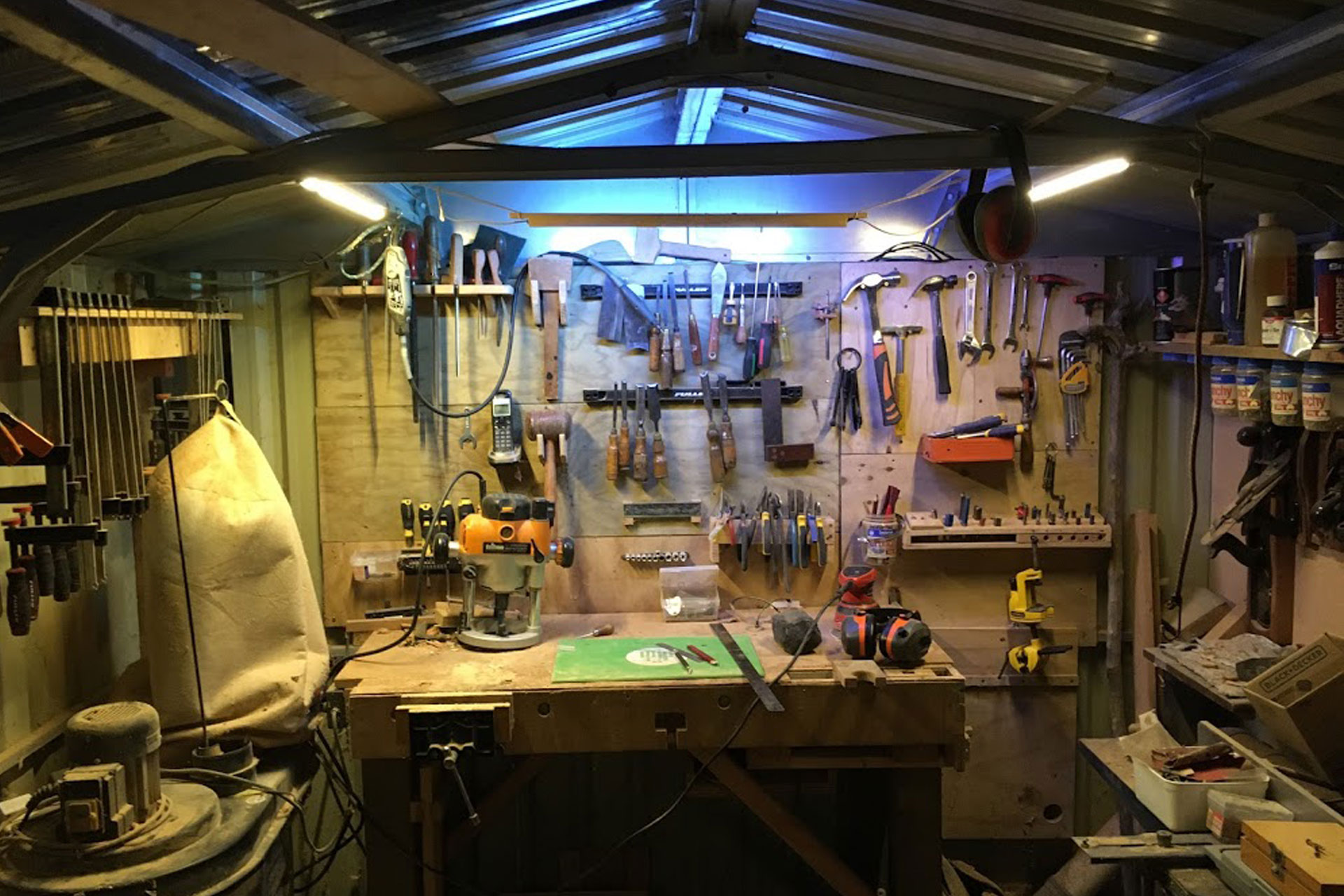 I’ve long been an admirer of custom guitars, but have only developed the skills and method for doing this through making several ‘standard’ shaped guitars myself. A little like some do when learning to paint, they will mimic or copy an existing artwork to learn different techniques from the masters before they begin creating their own work.

By watching several videos from Crimson Guitars, particularly the 12 and 6 hour builds. I began to realise that it’s not actually all that difficult to come up with your own designs and still create awesome guitars. While I didn’t want to completely go into freehand mode, as I want to be able to recreate some of these guitars, especially given the nature of my first set of designs.

In my first series of guitars, I have drawn inspiration from nature, using different photos and resources of New Zealand native birds. I began to see a lot of symmetry between the curves of guitars and the curves of beaks, heads, wings and necks. Using a starting template and then modifying this to match the new curves and shapes took a bit of time, but eventually I came up with some body shapes that I was happy with.
After making the templates, rather than just writing the name on it, I used some time in the evenings where I couldn’t build guitars to embellish the templates with some designs.

Below are the templates, which we reckon are pretty cool!